Hand scans of surviving fragments of sculptures accidentally destroyed in 1945 from the collection of the Bode Museum in Berlin during World War II.

Immediately after the outbreak of war on 1 September 1939, the museums were closed to visitors, and the transfer of the works of art began. In the first weeks of the war, the movable objects were first removed from the galleries and then from the storerooms and placed in the basements of the museums.

In 1941, the course of the war led to the decision to evacuate the museum collections to warehouses outside Berlin, and the thousands of works of art and artefacts comprising the collections of the museums in the city of Berlin were relocated to various palaces, mines, and bunkers located in different regions of Germany. However, it would have been possible to transport all the works, so the directors and conservators had to select the most important ones, determining what should survive the war and what could be discarded from history.

The place where each work was kept proved to be a determining factor in its survival or destruction.

In the Friedrischein bunker thousands of paintings and sculptures from the Bode Museum and the Gemäldegalerie were stored, including several masterpieces. They remained there, surviving most of the duration of the war, until ironically, just a few days after the end of the war, two fires broke out in the Friedrischein bunker, destroying most of the works of art stored there. A total of 430 paintings and a third of the Berlin museums' sculpture collection were lost, and among the sculptures that could be recovered, many were severely damaged. The causes of the fire have never been identified. Paradoxically, objects, considered to be of less historical importance and left behind in the museums' cellars, survived without damage.

In the days following the fire, the Friedrischein bunker was the target of burglaries. Of the paintings only the frames left behind in the museum cellars survived, and of the sculptures, only fragments of stone and ceramic sculptures could be recovered, a portion of which were transported to Moscow(Pushkin Museum) as war compensation; and of the hundreds of paintings only the frames remained. Considered problematic for the extent of their damage and the historical-political layers on their surface, these surviving fragments are not exhibited and their history has remained hidden in the museum's collection. These fragments of missing works, tell the story of conflict, fragmentation, dispersal, reunification and reconstruction of the museum collections of Berlin and the European continent over the past century.

Maria has developed a multidisciplinary artistic career, exhibiting her work in several formats and exhibition spaces, in Portugal and abroad. She has participated in artistic residencies in Austria, Germany, Italy, Greece, Portugal and Iran, and her work has been recognized and awarded by several institutions.

Her cultural practice is distinguished by its interdisciplinarity, and throughout her artistic career Maria has developed projects in collaboration with professionals from other areas, such as: performing arts, circus, architecture, music, biology, curatorship and literature. 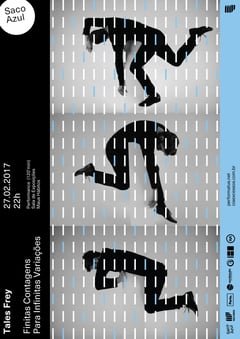